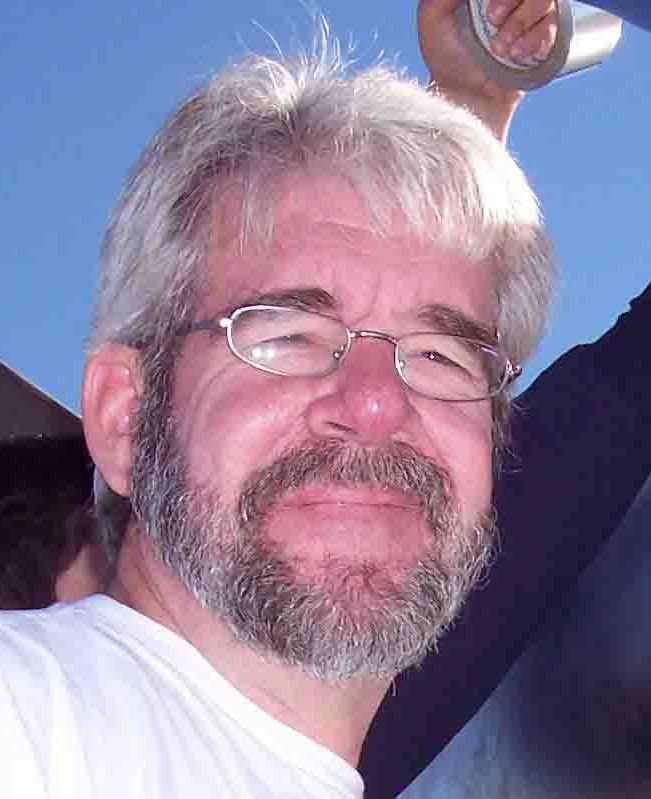 The brightness of the stars and the moon over FAR has dimmed this week with the loss of Dave McCue, the President of the organization. He died of cancer on Monday having been diagnosed with stage 4 lung cancer only a few months ago. He is survived by his daughter.

Dave spent years in the video and audio production world and then later worked at UC Irvine, first in audio and video and then as the primary IT architect for the UC Irvine facility for many years, from which he retired recently. During the early UC Irvine years, he was also able to come out and professionally videotape many rocket tests for RRS and PRS events. In the late 1990’s he began mentoring aerospace students at CSULB and then later doing the same at UC Irvine. As FAR installed IT infrastructure, he became the FAR go-to guy for all to approach for his knowledge.

When it came time for FAR to appoint a new president in early 2018 Dave was the obvious choice. Running an all-volunteer organization like FAR requires someone with maturity, intellect, great people skills, and a vision of what the organization needs. It requires someone who has the wisdom of being able to negotiate between several warring factions and yet not get pulled into the quagmire himself. Being fair and honest to a fault without being naïve. Being able to not give in during uncomfortable situations and yet at the same time be able to not say “no” to anyone. It also takes a great heart because the position requires a lot of giving. Giving time, giving travel, giving money, giving energy when there is none left to give. Dave gave all of his energy to FAR to the very end. FAR has just taken a huge loss and we will be hard pressed to fill the void.

Thanks for your service Dave! This perfect gentleman will be missed with many of our students and members now in mourning.